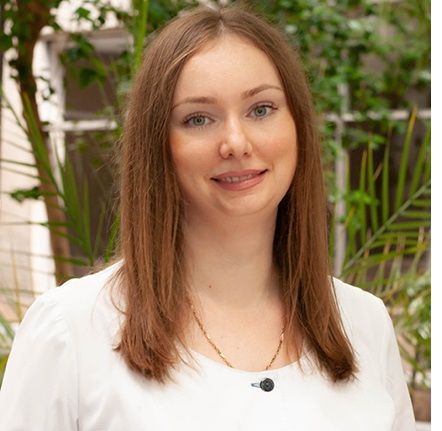 Hylyova Yaroslava Viktorovna, was born on May 3, 1983 in Kharkiv. From 2000 to 2006 she studied at the medical faculty of the Kharkiv National University named after V.N. Karazin, graduated with honors. From 2006 to 2008 she trained the medical intern at the Kharkiv Medical Academy of Postgraduate Education, in specialization “Therapy”.

From 2008 to 2012 she worked at the Emergency room of the Institute of Therapy. From 2012 she is the junior researcher at the Department of Acute Myocardial Infarction of the Institute of Therapy (from 2017 Department of Prevention and Treatment of Emergency Conditions). In 2012 she got the specialization of cardiology. She has planned the fulfillment of the candidate's dissertation "Prognostic role of ST2 myocardial stress marker in patients with acute myocardial infarction".