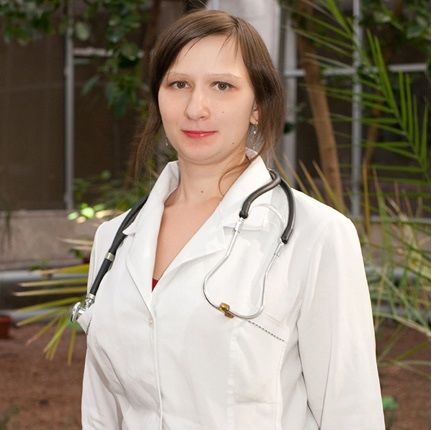 Kobets Alla Vladimirovna, was born on April 21, 1987 in Kharkiv. In 2009 she graduated the medical faculty of the Kharkiv National University named after V.N. Karazin with honors.

From 2012 she worked at the Emergency room of the Institute of Therapy. From 2014 she is the junior researcher at the Department of Acute Myocardial Infarction of the Institute of Therapy (from 2017 Department of Prevention and Treatment of Emergency Conditions). She investigates biochemical, genetic mechanisms of reperfusion injury of the myocardium in acute myocardial infarction.