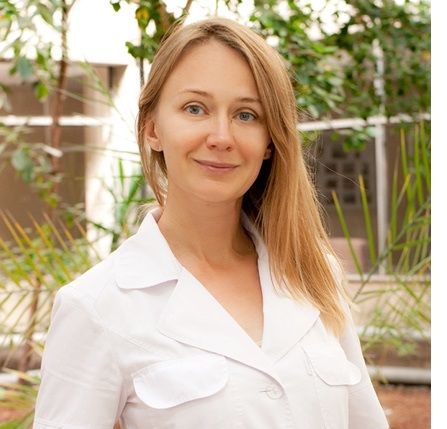 From 2013 to 2017 she was the junior researcher at the Department of Acute Myocardial Infarction of the Institute of therapy (from 2017 Department of Prevention and Treatment of Emergency Conditions).

From May 2017 she is the researcher at the Department of Prevention and Treatment of Emergency Conditions. In 2017 she defended Ph.D. "Prognostic role of the growth factor of differentiation-15 for stratification of the risk of complications of acute coronary syndrome".

She investigates biochemical, genetic mechanisms of myocardial reperfusion injury after acute myocardial infarction, and she develops the methods for predicting adverse prognosis in patients with acute coronary syndrome.